Today, here in America, is Thanksgiving, which means lots of food and fellowship! Because today is a holiday, and the rest of the weekend looks like it'll be busy with family and friends, I wanted to make a quick post and wish everyone here in America a Happy Thanksgiving!

While here, I figured I'd also make a quick list of all the things that are going to be happening around here in the next few weeks. So, without further delay, here it is:

That's it for now, so to our ever faithful viewers, hang on tight, and be patient with us, as we try and climb the mountain that is non as Mount-to-be-read. Until then... 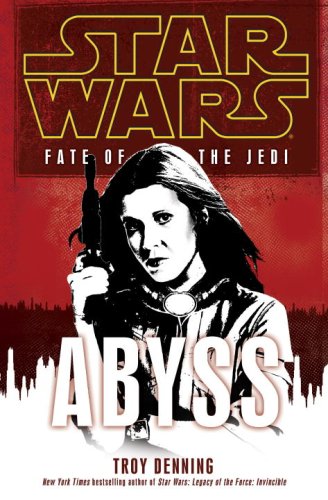 Following a trail of clues across the galaxy, Luke Skywalker continues his quest to find the reasons behind Jacen Solo’s dark downfall and to win redemption for the Jedi Order. Sojourning among the mysterious Aing-Tii monks has left Luke and his son Ben with no real answers, only the suspicion that the revelations they seek lie in the forbidden reaches of the distant Maw Cluster. There, hidden from the galaxy in a labyrinth of black holes, dwell the Mind Walkers: those whose power to transcend their bodies and be one with the Force is as seductive and intoxicating as it is potentially fatal. But it may be Luke’s only path to the truth.

Meanwhile, on Coruscant, the war of wills between Galactic Alliance Chief of State Natasi Daala and the Jedi Order is escalating. Outraged over the carbonite freezing of young Jedi Knights Valin and Jysella Horn after their inexplicable mental breakdowns, the Jedi are determined to defy Daala’s martial tactics, override Council Master Kenth Hamner’s wavering leadership, and deal on their own terms with the epidemic of madness preying on their ranks. As Han and Leia Solo, along with their daughter Jaina, join the fight to protect more stricken Knights from arrest, Jedi healers race to find a cure for the rapidly spreading affliction. But none of them realize the blaster barrel is already swinging in their direction–and Chief Daala is about to pull the trigger.

Nor do Luke and Ben, deep in the Maw Cluster and pushing their Force abilities beyond known limits, realize how close they are–to the Sith strike squad bent on exterminating the Skywalkers, to a nexus of dark-side energy unprecedented in its power and its hunger, and to an explosive confrontation between opposing wielders of the Force from which only one Master–good or evil–can emerge alive.

~From the Cover Flap
Podcast #7: Star Wars: Fate of the Jedi: Abyss
You can buy it from these fine retailers: Barnes and Nobles and Amazon.com